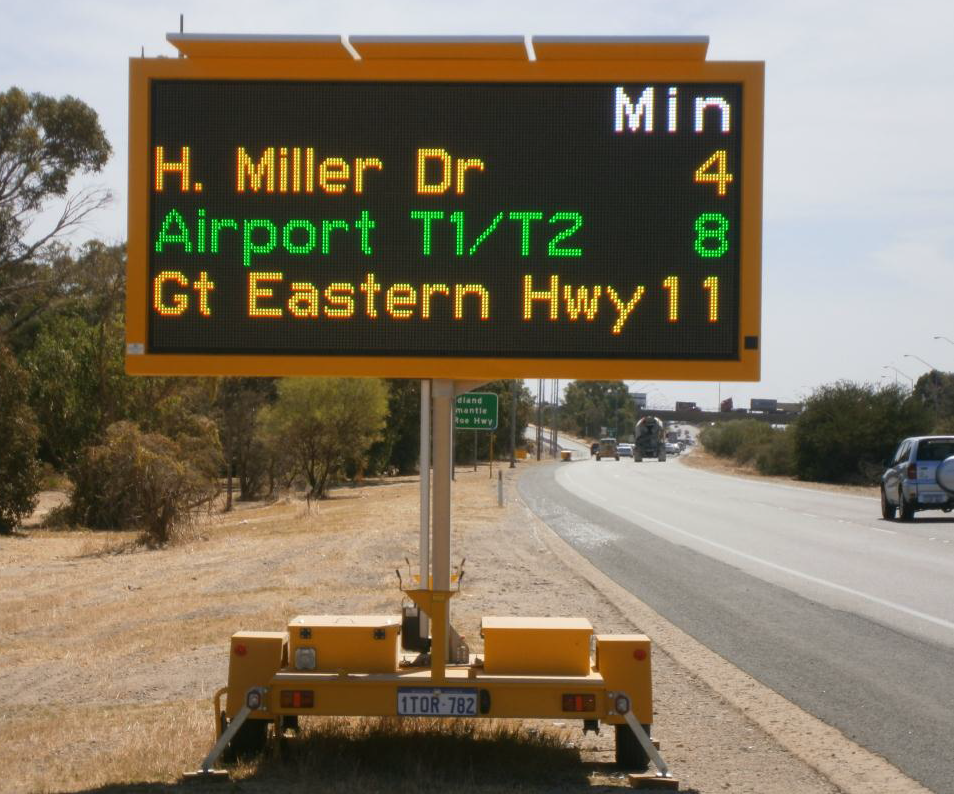 Gateway WA is excited to be the first project in Western Australia to deliver real-time traffic technology to the community. Working closely with Main Roads, the project has been able to implement a real-time traffic map and associated on-site technology, to improve the reliability of travel time through the project area and ease the congestion and inconvenience that can result from road works and upgrades.

The real-time traffic map enables motorists to plan ahead of their travel, by accessing the map on the Gateway WA website and establishing the most efficient route for that particular time, allowing them to avoid delays. The roads on the map are colour-coded to indicate the traffic conditions; green indicates ‘no congestion’, yellow indicates ‘congestion building up’ and red indicates ‘congestion’. Additionally, grey icons on the map show current travel times to key nodes within the project area.

The intuitive map is continuously updated with live information through the use of Global Positioning System (GPS) probe vehicle data. The information is fed through to the map, showing current traffic conditions on key roads within the project area, highlighting routes motorists should avoid.

In addition to the real-time traffic map, Gateway WA has now implemented Intelligent Transport Systems (ITS) technology with the integration of project variable message signs. The VMS signs are used to minimise driver frustration through the communication of road conditions and current travel times to key nodes within the project area, allowing motorists to select an alternative route, even after they have commenced their journey.

Surprisingly, rather than an increase in congestion during project construction, the Gateway WA project has seen, on average, an improvement in traffic flow and travel time in the areas where works are being carried out. For instance, the average morning peak hour travel time from Tonkin Highway / Great Eastern Highway to Roe Highway / Orrong Road, using Tonkin and Roe Highways, was 14 minutes in October 2012 prior to works commencing. According to information received through GPS technology, the average travel time on this route has reduced to 11 minutes in October 2013.

Gateway WA is committed to providing a safe and efficient network for motorists during project construction. With the use of the real-time traffic map and the ITS information transferred between the project roadways and management, Gateway WA is continuously striving to improve traffic management and road safety across the project. © 2021 A.D. Engineering International. All Rights Reserved. Designed and Developed by